Well every other game nowadays has them in some way. So I thought that it would be nice to give the player choice how hard their game should be. 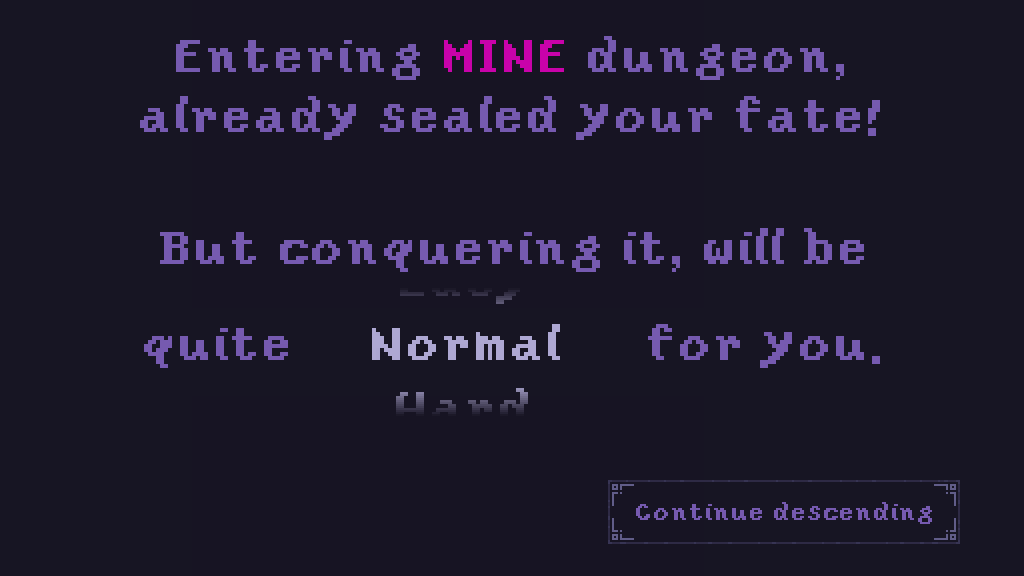 Why now? Why not from the begginig?

That is because it was not necessary when I started this project. But the design evolved and eventually the difficulty levels came to be.

And the need for different difficulties became quite a problem. Mainly because the dungeon generator worked pretty randomly. Not in a good way randomly.

So that is the "new dungeons" in this post's title?

Exactly. The original  dungeon generator (gen1) was using game physics to generate the dungeon. It started with creating Entrance (only room which has four exits and where the hero spawn point is located) and every exit had one RayCast2D (Godot  engine). If the ray was colliding with something, it could not create next room in that place. So it checked collision for every ray for every room, recursively. Which lead to dungeon being generated very randomly. You could get a dungeon with many small sized floors, or on the other hand, you could get dungeons so big that you would need hours to crawl trough one floor (I am exaggerating here a little bit, but you get my drift, right?). So I had no tool to limit dungeon size. Such a failure as DM :-(

That is where the new dungeon generator (gen2) comes in. It abandons all the usage of physics, ray casting and collisions. Instead is uses basic grid system (shame on me that I did not come up with this solution waaay sooner). I am not going to bore you with details. It starts similar as gen1 with inserting Entrance into the grid. Then every exit generates a random neighbour, if the position for neighbour in the grid is still empty. And its all up to me to tell generator how big grid it can use.

Is that all then?

Yes, pretty much. Just wanted to share some insight into how the game works. Also, I am in the process of adding some "bells and whistles", such as camera shake, enemy blood effects, sound effects and so on. Maybe I'll go over the top with it...